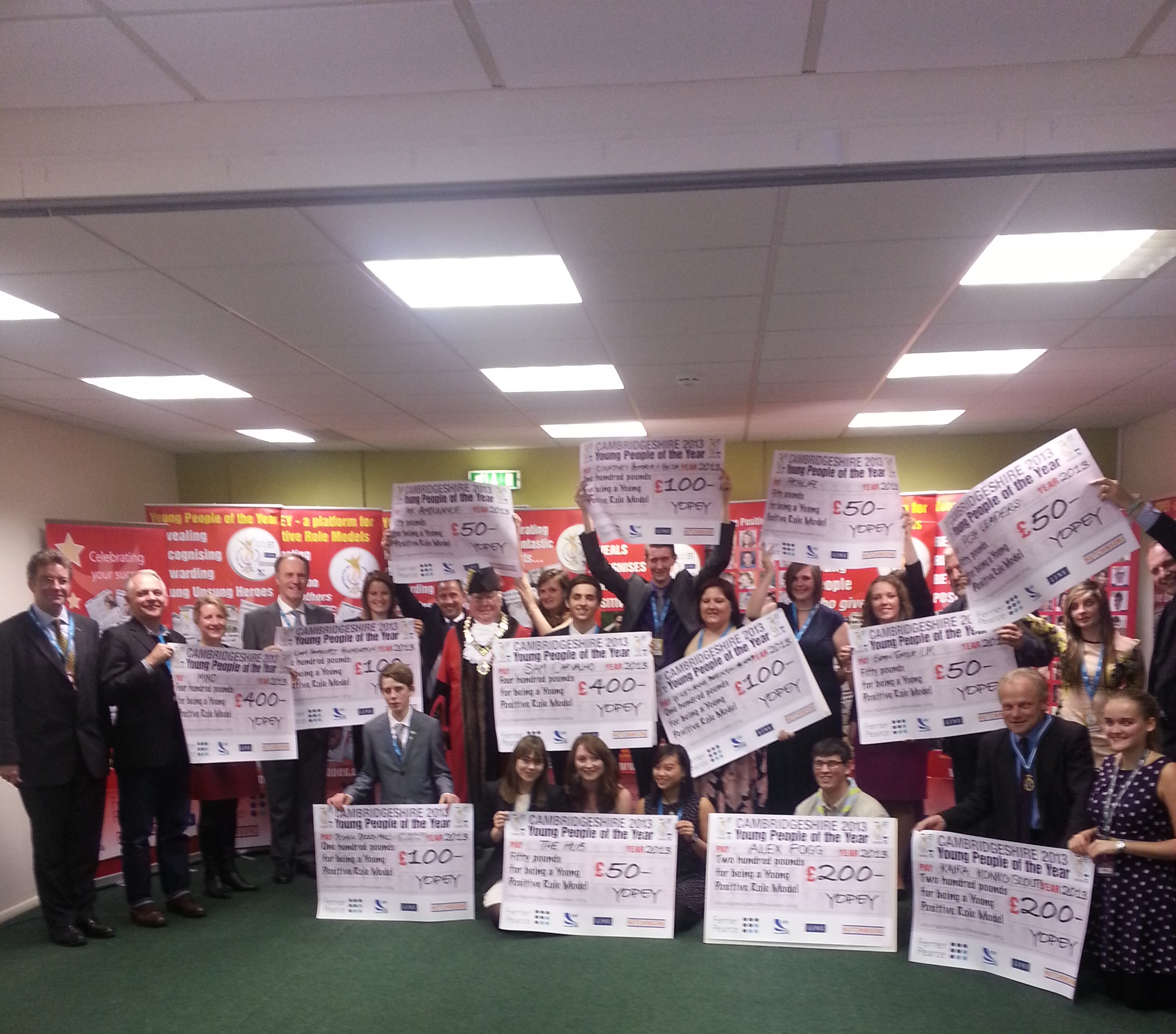 On 23 October, the Cambridgeshire Young People of the Year 2013 Awards took place at The Priory Centre in St Neots to celebrate the achievements of Cambridgeshire’s young heroes. YOPEY is a national initiative that aims to reveal, recognise and reward young heroes, and aims to give young people a fairer image in the media and society.

Our PR Managing Director, Justine Smith who was one of the judges was joined at the event by our Creative Director, Richard Bland.

“The evening was a fantastic endorsement to the young people of Cambridgeshire doing amazing things to help others."

The five finalists included: - Sam Carvalho, 19, of Cambridge, despite his own health problems, is a successful online agony uncle. He has 43,000 followers on Twitter and a website where people can go to Sam for personal advice, he has been known to offer support from his sickbed. Young Person of the Year – won £400 for Mind and £400 for himself.

"Our congratulations go to all the finalists and also everyone that took part," commented Justine. "We hope the experience of being nominated for a YOPEY proves a stepping stone to reaching their goals.” Cambridge-based KISS Creative Group was amongst a host of local companies sponsoring the event, including CSR, Hutchinsons, LINX Printing Technologies, Peterborough City Council, ARM, LifePlus Europe, Stratagem, The Micron Group, G’s and TTP Group. -ends-