Our Content Executive, Richard Gough, takes a look at how the refugee crisis in the Middle East is being documented using everyday social media. 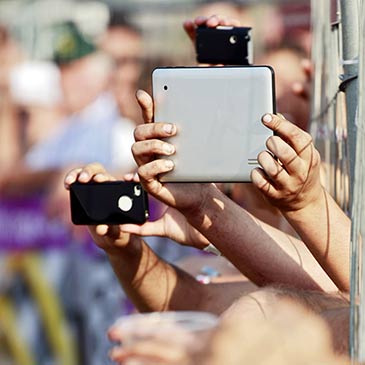 Back in late 2010, early 2011, the Arab Spring took centre stage on our news with clips, pictures and blog posts bursting out of Libya, Tunisia and Egypt. These were not coming from professional journalists, but mainly from civilians on the ground, using their mobile phones to tell the world what was happening. The events were more often than not hailed as ‘The Facebook revolution’, as it was thought that the various ‘leaking’ images and news helped to overthrow these once secretive countries. Various ‘underground’ Facebook groups proved to be one of the main communication sources in the Middle East, as well as Twitter, however, with web blockages and easily targeted pages these were regularly shut down by the authorities.

Now the world has moved on and found a new way to communicate the latest crisis in the Middle East, the Syrian Refugee Crisis. SnapChat has become the latest tool to show events, with a 10 second video clip and the ability to write a short amount of text, it is the perfect way to convey what is going on. The ability to use the ‘story feature’ means that civilians can share exactly what is happening moment by moment. It’s not just civilians that are using the app however, back in September, Ravin Sampat, a BBC producer, travelled for a week with the Panorama team to regularly update SnapChat and show followers exactly what was happening.

What started as an app to send pictures between friends is now being used to show the world an un-edited version of the refugee crisis. The BBC stated that they had a great reaction from the panorama SnapChats, so will we see this in the future? Will we see more journalists heading into the lions den armed only with an iPhone and a SnapChat account?

The key to media success