How ‘movements’ create an environment of change

It starts with an injustice, which manifests into anger and frustration. It then turns into a movement, which is vocalised through protests. It moves into a political debate, and then eventually a change of the mind helps create an environment of harmony and understanding – well that’s the hope anyway! 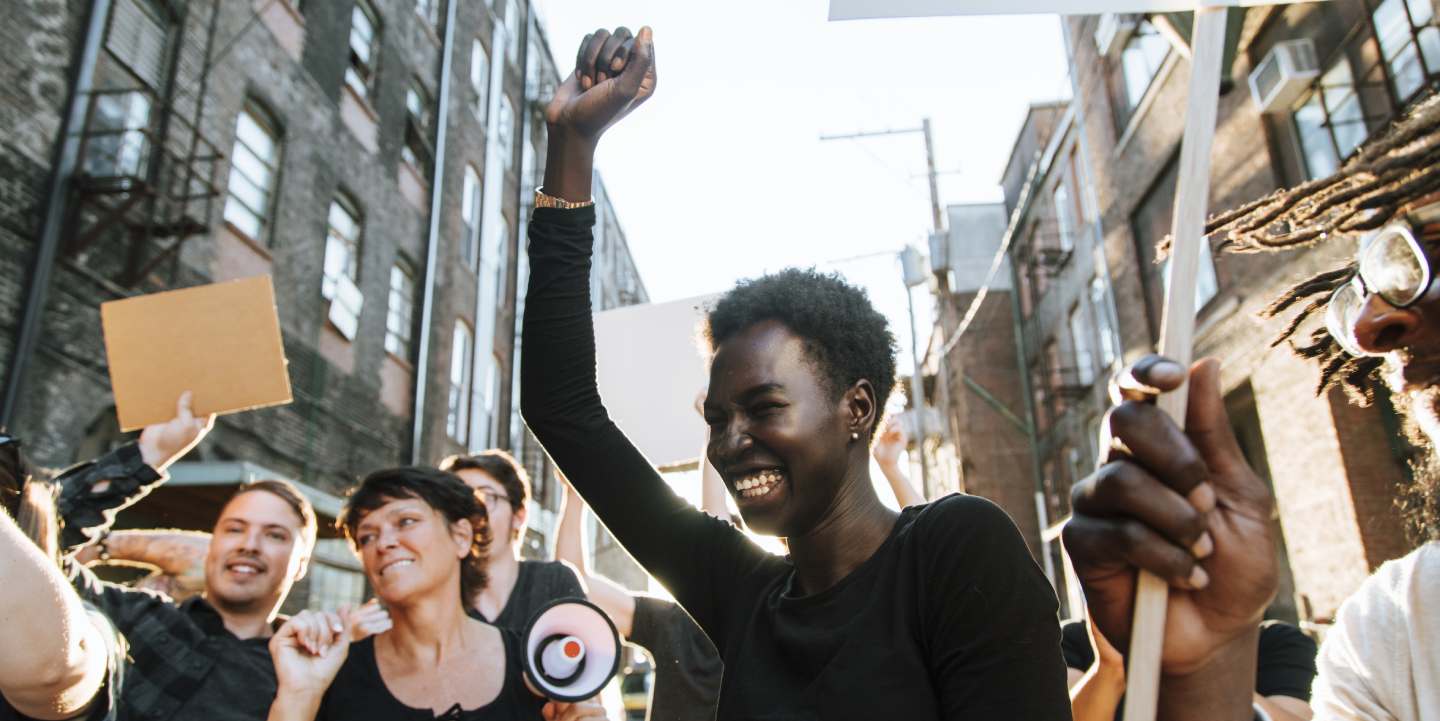 Many movements or activist organisations have followed this path to inspire change and some have been incredibly successful. For example, if you think back to the Women’s Suffrage Movement – a women’s rights organisation that fought for nearly 100 years to address to the masses the social and institutional barriers that limited female rights. This included traditional family gender roles and responsibilities, lack of educational and economic opportunities and the deliberate absence of females in political debates.

The Women’s Suffrage was best known for their campaign ‘women’s right to vote’, as they understood that to be influential within society they needed to have a seat at the table (figuratively and literally speaking). Therefore, in order to gain publicity and grow awareness of their issues, they participated in peaceful and, what is often described as, militant campaigning. They were standing up for a right they should have had in the first place, and what began at a Women’s Rights Convention in New York in 1848 evolved into a worldwide movement that empowered women and contributed to a new way of thinking when it came to what it meant to be a woman – a conversation that still continues today. They successfully followed their path from anger and frustration through to change and understanding.

Now, if you fast forward to the current dialogue around the Black Lives Matter movement (BLM, it could be argued that this is an activist organisation that is very similar to the Women’s Suffrage Movement: it’s receiving similar reactions from supporters and opposers. What I find interesting is that for any movement that wants to create change and mix up the status quo there will always be an opposition to it: people fear change. And especially change that feels forced upon them.
But what people fail to understand, or simply refuse to accept, is that societal norms and values evolve all the time. They just happen so gradually that we can’t pinpoint the exact moment in which it happens – unless you are a marketeer who created a behaviour change campaign to do precisely that.

So, what’s involved in a creating a behavioural change campaign? Well, going back to my original thoughts on movements that have been successful, first a pain is identified, and then it’s important to analyse and understand the target audience to gain behaviour change insights that will inform a short and long-term strategy.

It’s important to take a deep dive into the mind and Thinking, Fast and Slow - a behaviour psychology book by Daniel Kahneman - provides a great explanation of the two systems that drive the way we think. Kahneman explains that:

“System 1 (thinking fast) operates automatically and quickly, with little or no effort and no sense of voluntary control. System 2 (thinking slow) allocates attention to the effortful mental activities that demand it, including complex computations. The operations of System 2 are often associated with the subjective experience of agency, choice, and concentration.”

If you keep in mind your target audience, and Kahneman’s theory on how we think, you will be able to develop a behaviour change model based on what the audience’s behaviour actually looks like. If your audience is thinking slow (system 2) and iterative, then you may want to adopt the Transtheoretical Model as this looks at the different stages of change:

1. Pre- contemplation
Here you need to educate around the risks-v-the benefits and the positive outcomes directly related to change
2. Contemplation
This is about growing awareness and identifying barriers and misconceptions related to the problem. Addressing concerns and ensuring there is a support system to assist
3. Preparation
Now it is time to develop realistic goals and solutions that are plotted on a timeline of change
4. Action
Here, you should engage in new modifications in behaviour and provide positive reinforcement
5. Maintenance
Finally, this involves consistently engaging in the new behaviour

I believe that the Transtheoretical Model is applicable for both personal/internal battles like alcohol addiction or a wider issue like women’s rights, as essentially the process to create a consistent behaviour change is the same. So, what seems clear is that the opportunistic strategy of colliding activism and behavioural change marketing can help evolve societal norms and values and create a new environment – even if some protest against it!

Young, black, working class and female – and not in that order!