Keep it successfully simple in 2017

Our CEO explains why a clear strategy plan is vital. 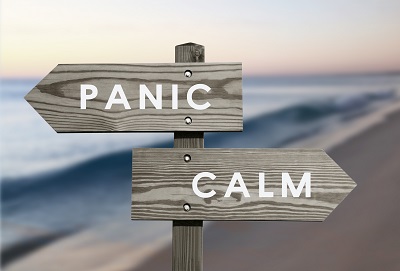 In early 2016, The Economist predicted David Cameron relaxing in Downing Street after a Remain victory, and Hilary Clinton beating Marco Rubio to the White House.

The shock of reality was plain on the faces of the morning-after commentators for both Brexit and Trump – they simply couldn’t say exactly what would happen in this new world, and for most of us that remains true.

To me 2017 will be characterised by disruption and complexity, creating uncertainty and reducing trust. I described the Brexit vote at the time as a triumph of the emotional over the rational. This was also clearly evident in the US election campaigning - independent fact-checker PolitiFact assessed 70% of Donald Trump’s statements as either ‘mostly false’ ‘false’ or ‘pants on fire’ and only 15% as ‘true or mostly true’ while the Clinton camp scored 26% and 61% respectively.

Edward De Bono, the inventor of lateral thinking, suggested that there are two types of facts in the world, checked facts and unchecked facts. Whilst rational people shield themselves with facts, the remainder don’t care or believe the facts as they are presented to them. As recent events have shown, the people want change, to roll the dice and to be excited about the unknown around the corner. Only a few hundred years ago there would be whispers of revolution and blood in the streets. Two of the strongest nations have fallen and are leading the way to this new, more chaotic way of living, and I very much doubt they will be the last.

As many commentators have mentioned we’re seeing a seismic shift of attitudes, and potentially a significant disruption to businesses and customers. So I asked the KISS team – what might we learn from the events of the last 12 months, where are the positives, and how should a management team plan in this new reality?

Be positive about disruption
Working with a big shift like this drives creativity and innovation. In our idea generation process we often combine seemingly unrelated facts or insights, and Doritos did this brilliantly in the US election: American 18 to 24 year olds mostly don’t vote, but they do eat Doritos... so the company used cardboard chips in some campus vending machines to encourage voting. Before allowing them to select a flavour the vending machine asked them if they were registered to vote - and if they weren’t, it ignored their selection and delivered cardboard chips: because ‘If you don’t vote, someone else chooses for you’. The screen then allowed them to register their email address to begin enrolment and offered an incentive to involve unregistered friends.

Embrace science and technology
2016 saw some brilliant innovations, very often driven by technology like virtual reality or artificial intelligence, and these are here to stay. For example, driverless vehicles could finally cut logistics costs: after much hype about autonomous cars, Annheiser-Busch delivered its first load of Budweiser using a 'driverless’ truck. In our own industry, we saw an AI photo editor, and the world’s first AI Creative Director was set to work to produce ads in Japan.

The DNAtech wave is already lapping at our shore, look out for the Tsunami that will permanently change the landscape of many incumbent industries.

Our approach to the future is single-minded
As people, and as leaders, we’ve never been faced with more choice or less certainty than today. As marketers, it’s easier than ever to be distracted, so we need to be single- minded and not let the noise distract us from our goals. An ever-rising number of potential channels can be overwhelming for us and our customers. A clear forward strategy and marketing plan is vital. At KISS, we don’t claim to have all the answers, but here’s what I think is key:

At KISS we keep it successfully simple and do strategic work that defines, focuses and positions both ourselves and our clients for growth.
...then go with your gut. Set a simple strategy, trust yourself and attack!

Up close and personal