Technology in education: top marks or room for improvement?

A look at the role of technology in education. 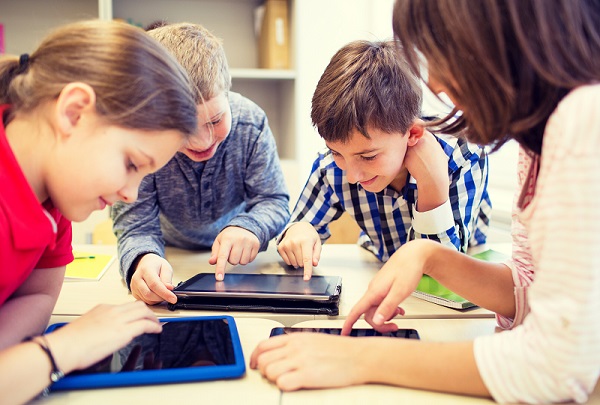 In 2011, Sebastian Thrun – a Stanford University professor who had joined Google – launched a class on artificial intelligence called CS221. On the face of it, there was little incentive for bleary-eyed, caffeine-infused students to participate: it didn’t count towards any degree, and you would only receive a ‘Statement of Accomplishment’ for successful participation rather than an actual certificate.

But it was free. And, more importantly, because CS221 was a Massive Online Open Course (MOOC), it was accessible to anyone with an internet connection. You didn’t need to stagger into the lecture theatre at the unearthly hour of 9am. You could learn from the comfort of your own home, with the click of the button.

At its inception, one of the other course founders boldly predicted that 1,000 students would sign up for CS221. Around a month after admissions opened, the number was ten times that. And by the time the course began, 160,000 people from 190 countries had signed up to learn about everything from driverless cars to machine learning. Massive indeed.

This seemed like the glorious start of MOOC mania, where the old strictures of university learning were overturned by the digital revolution. Perhaps made a little giddy by his success, Thrun prophesised in an article by Wired that in 50 years’ time there would be only 10 universities left in the world. But while the number of MOOCs has continued to grow since then, the demand for traditional institutions shows little sign of flagging either.

Will they, won’t they?
CS221 exemplifies the fruitful but sometimes fraught relationship that technology and education have shared in recent years – the kind of public courtship usually found in disapprovingly titillated tabloid sidebars. For pioneers like Thrun, technology can open fresh realms of opportunity in an industry in desperate need of disruption. It provides new ways to learn and new answers to old problems. A rich and happy partnership will one day be achieved, unbound by geography, tailored to needs.

Others, though, see a less utopian dynamic, noting that behind the sheen of the new can often lie a more underwhelming reality. In the case of MOOCs, CS221 may have enticed 160,000 people across the globe, but of those, just 20,000 reached the midterm exam. Not exactly a number to be sniffed at, but one representing a dropout rate of 87.5%. Technology may open the door to the classroom, but can it keep its students there? Or is it all just an unnecessary distraction from the core principles espoused by chalk-dusted traditionalists? On the other hand, at KISS we’ve witnessed first hand the positive impact technology can have on children’s learning of complicated subjects, such as maths and science. Our client, The Technology Partnership, has recently funded the purchase of LEGO® WeDo kits in order to assist in the teaching of the new computing syllabus.

At Bett 2017, the education technology event in London in January, it was clear where most people stood. For exhibitors, speakers and attendees, the curriculum of the future has already been drawn up: technology and education will not be undergoing a conscious uncoupling any time soon. They’re only going to grow closer together.

One by one, the tech titans lined up to pitch their vision of how the industry will evolve. FutureLearn elucidated on the positive side of MOOCs, while Microsoft teamed up with school teachers to discuss how Windows 10 facilitates learning in the classroom and at home. Kids tapped away on iPads with furious intensity, already comfortable in this brave new world.

Strolling around the main arena, Rajen Sheth, Senior Director of Product Management at Google for Education, pointed out that the paradigm shift wouldn’t just affect children, but adults too. After all, people are increasingly working in jobs that didn’t exist when they were at university – technology will play a key role in ensuring education keeps pace with the changing needs of the employed.

Back to the future
More personalised learning. Collaborative learning. Self-managed learning. The ways in which technology might help reach these holy grails of education could be found at every booth. VR headsets showing far-flung vistas; magnetic circuitry that could be clipped together like LEGO; 3D printers building parts for a model car – these were the examples that drew the big crowds, but all around were more prosaic examples still capable of making education easier and more interesting for both young and old. Not all will fulfil the promises made, but the possibilities on display were as impressive as CS221 was a few years previously.

Most industries initially resist technological change. Bricks and mortar travel agents welcomed the age of online holiday bookings and Airbnb with the same level of enthusiasm as a gazelle welcoming a lion. But the result for the public was more choice, and more autonomy over this choice; meanwhile, the personal touch to arranging holidays – feared lost amongst the pixels – survived, albeit in several new forms. When it comes to edutech, it’s hard to see how something that engages both children and adults so much can’t also be harnessed effectively.

Perhaps it’s easy for us to be a little cynical about how influential technology can be because we had scant experience in our own school days of what was on offer at Bett. Barely a decade ago, the height of high-tech learning in some schools was an interactive whiteboard operated with the delicacy and nuance of a confused baby trying finger paints for the first time. Now ten teenagers can gather round a crystal-clear reproduction of the Mona Lisa, analysing, annotating, adding dimples, all at the same time. The true potential of edutech wasn’t found at Bett – it’ll be found as more and more kids in classrooms get hold of it. If anyone can demonstrate the most creative of destructions, it’s them.

Sebastian Thrun may not have harnessed his inner Nostradamus back in 2012, but he was right to take the optimistic view. Technology is a fundamental part of the future of education, as much as raising hands, gelling hair and trying to finish Geography homework before the lesson starts. Even if it doesn’t always live up to the highest expectations, we’ve got to embrace the possibilities and overcome the disquiet, not just for the sake of our children but for ourselves. Otherwise the tone of that time-honoured expression – “What are they teaching kids in schools these days?” – might change from grumpy exasperation to genuine bemusement.

Why it’s never too late to learn digital