I’m sure we’ve all seen the @Dudewithsign sweeping across our Instagram feeds (and if you haven’t check him out) holding cardboard signs with a simple protest such as, ‘stop replying-all to company-wide emails’ and ‘that meeting could have been an email.’ Relatable. 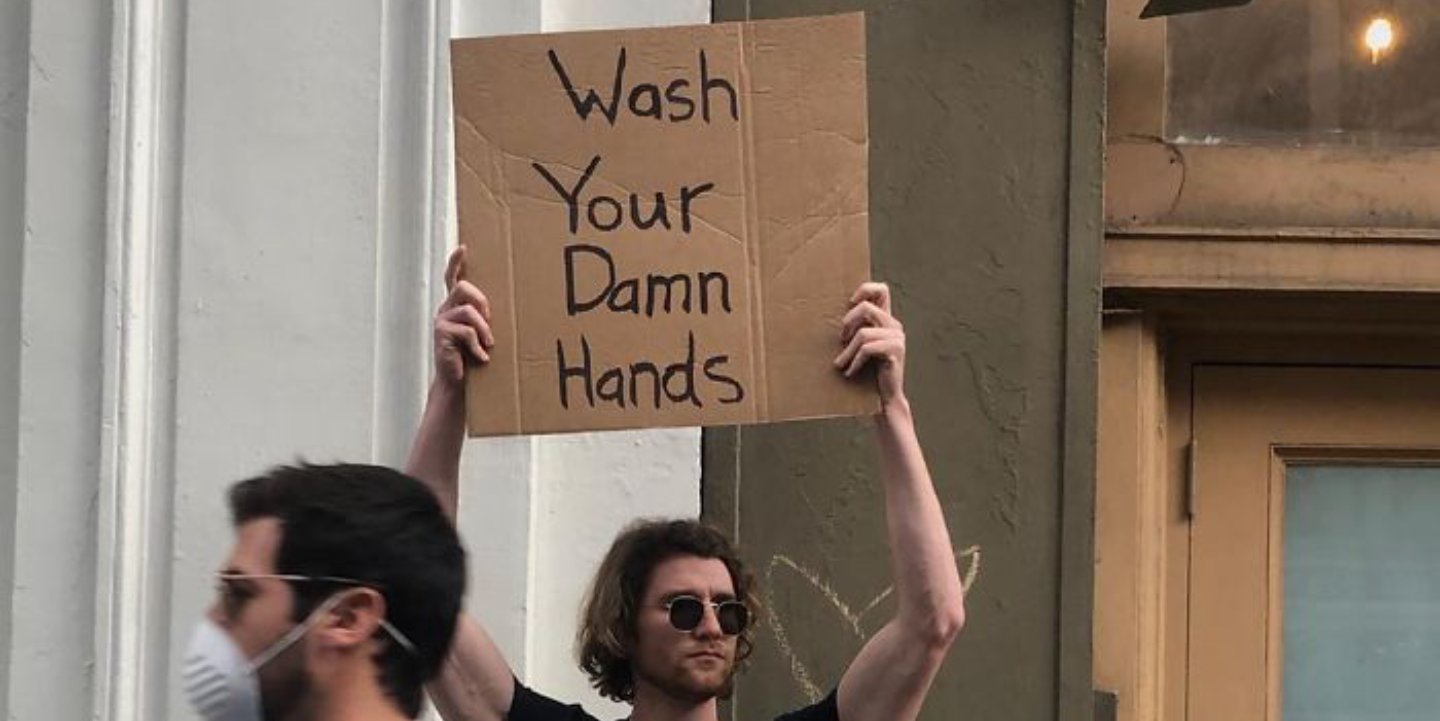 What’s really interesting to me, something so simple that started as a few laughs has now gathered huge media attention. It clearly highlights how audiences feel towards real-world scenarios and the type of content they would like to consume.

The account was originally created by Seth Phillips and Jerry Media founder Elliot Tebele, who shared an online protest saying, ‘Seinfield is way better than Friends’ in front of a ‘Friends’ billboard. They very quickly noticed an online following brewing and realised they needed to create a page specifically for these protests.

The irony with this is that Instagram’s algorithm is designed to promote highly aspirational and desirable content to keep us fixated on pursuing the perfect ‘Instagramable’ lifestyle. This has resulted in an online culture whereby people are too scared to post ‘real’ content for fear of not receiving enough engagement.

So, when Instagram sensations such as Dude with Sign appear, this suggests that users are just as likely to engage with raw, uncensored content. Content that doesn’t look like it’s just fallen out of the art studio, but that actually focuses on the ‘real’ story it’s portraying and consequently evoking an emotional response.

I appreciate my argument is slightly flawed, as Dude with Sign has the pulling power of Jerry Media behind it, but the sentiment and the execution remain the same. We’ve seen it with the World Record Egg becoming the most-liked Instagram post with 54 million likes – the message was simple, the purpose was clear and the call to action to make it the most liked photo on Instagram made it shareable and engaging.

So, where does this leave us in the future?

I’m not suggesting your social media teams down tools and begin photographing your C-suite holding cardboard signs outside your office! However, I think you need to consider the relationship your brand or organisation has with its target audience and put them at the heart of your content strategy. Social media links experiences not promises. Audiences are no longer looking for large communities but for more relevant ones, and a message that is simple and can articulate your purpose distinctly will build relationships that last.

How working with micro-influencers can yield impressive results