5 things I hate about social media

5 things I hate about social media 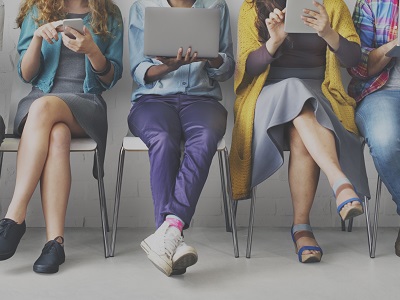 Quite an evocative title coming from the person who’s been introduced to the agency as the ‘social guru’. But let’s get something straight, social media isn’t the culprit here; it’s the fact that it’s being used in the wrong way, and it’s because of its evolution as a marketing tool.

This might sound a bit abstract, but I often think of social media as a creature – literally, like a tiny Grufallo-type creature, probably green in colour (but this changes on a weekly basis). It’s also super cuddly, fun and eccentric, but also one that has a short temper.

Social media is still quite ‘new’ in the world of advertising, although if you’ve used it in your marketing you might disagree with me. Bear in mind how long other media like press, TV and even digital display have been around, and you’ll understand that social media is still a medium that we’re all still getting used to and growing into.

So often, social media is seen as an add-on to a campaign; a cost effective way of pushing out the campaign message to your audience. “We’ve got a bit of money left over in the budget – shall we chuck something on our social channels, as a ‘test’?” But as more and more marketeers from a whole host of different verticals are using social media, both for B2C and now more often B2B marketing, agencies are increasingly being briefed on solely social media campaigns.

In order to understand the benefits of using social media – and how to use it well - we should first try and appreciate the pitfalls associated with it.

Picture the scene. It’s a Saturday morning and you’re sat at your kitchen table in your dressing gown enjoying a hot cup of coffee and toast. Your favourite song is playing on the radio and you are completely relaxed. You pick up your iPad for some guilty pleasure Daily Mail gorging, and on the homepage you stumble across an article about your client’s product. It’s bad, really bad. Immediately your phone starts ringing and it’s your client. They’ve received a call from their legal team and you need to jump onto this straight away. Cue the palpitations and sweaty palms.

The reality of social media is that it never switches off. Press ads could hypothetically live on forever because they are physical, but in reality newspapers are closed, thrown away, never to be seen again. Social media is ‘on’ 24:7 and there’s not a thing you can do to change that.

The social platforms are constantly changing. From anything from specs for image sizes, to video size upload limits, it’s always evolving. This means it can be a real headache for agencies, particularly when they’re seen as the go-to social media experts and they don’t get the right size image first time #Awkward

But never fear! Facebook have recently launched a way of creating ad preview mock-ups for their different ad formats – hurrah! In the past we’ve created our own Facebook post templates in PhotoShop, but even down to changing the fake ‘live date’ on these mock-ups is a pain. I hear from fellow social media enthusiasts that the new tool has had a couple of teething problems, but it’s certainly a start.

3. I get served ads of beautiful things (that I can’t afford)

However there’s good news for brands. Social platforms have advanced their targeting over the years, so it’s possible to do all sorts of interesting (and effective) targeting. Reaching your target audience is the number one thing to get right – unless people don’t see your content, it doesn’t matter how nice it is.

4. You open yourselves to comments – the good, the bad and the downright ugly.

Having worked on such an account in a previous life, whenever I get served an ad on social media by a brand who’s recently been in the press, my heart goes out to their social media team. Some of the comments can be rude, ill-advised and sometimes even racist. The sad truth is that there are still people out there who use social media as a way to vent their anger and see no consequences.

Twitter is an open source platform, and didn’t used to remove comments – regardless of how abusive they were. Thankfully, Facebook, Twitter and YouTube have teamed up to share a database in order to fight against terrorist propaganda. The social giants are starting to take responsibility for the content being posted on their platforms, and are making a stand against illegal commentary:

It’s frustrating to see brands putting any old rubbish on their social media pages. As a brand, think about what you’re putting out there as much as you would a press or OOH ad – even more so if you’ve taken the effort to put media budget behind it. If you don’t put decent content on Facebook, you won’t get the results.

One thing I think it’s always worth remembering is “fewer, bigger, better”. It’s much more worthwhile to put a few high quality posts on social. Think about posting one piece of video content out and promoting it, rather than 10 static posts organically – you’ll thank me later.

These things shouldn’t be seen as pitfalls, but more ‘watch-outs’. The reality is that despite the five things I hate about social media, it’s a really fun medium to use and the fluidity of it keeps things very interesting and the fact that it’s constantly evolving means that they can launch and experiment with new things – I’m dying to create a 360 Facebook ad!

We’re all still getting used to social media – its ever-changing nature certainly keeps marketeers and agencies on their toes – but if we can think about our audience and the sort of content that pushes their buttons (and ultimately gets them to engage with it) then we’re on for a winner and our furry little friend will be fun and cuddly for a little longer.