Victoria’s Angels: from aspirational to inspirational

Account Executive Intern, Laura talks about what we can learn from Victoria's Secret's story. 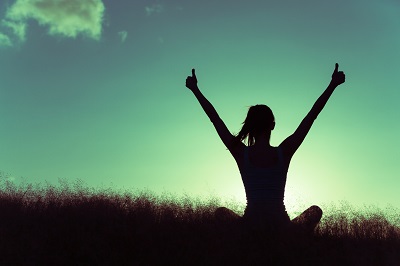 It is becoming increasingly evident that more and more brands are turning away from setting unrealistic standards for their customers. Aspirational brands are slowly realising that being an object of desire for their fans does not have to come at the expense of being a source of motivation for them. Nike is a great example of this. Not only does it represent role model athletes, but its empowering slogan “Just Do It” inspires its audience to take control over their health and bodies.

Social media has been key to this shift. Consumers do not just sit longingly in front of their TVs anymore. Thanks to social media movements, consumers now have strong voices which, when united, can make even the largest brands reconsider what they stand for and how they speak. However, this increased vulnerability to widespread criticism comes with an opportunity for each brand to be at the centre of a strong community that operates both online and offline. When these are built on positive values, such as empathy, mutual empowerment, and reciprocal support, they are much more likely to thrive.

With the Victoria’s Secret show coming up at the end of the month, it seems the right time to reflect on how the global lingerie giant has capitalised on this social trend. In 2000, the age of “superskinny”, the brand talked about excess and luxury. Gradually it became the object of great criticism due to its hypersexualised campaigns and its promotion of the “perfect” body.

Fast forward to 2016: women have got tired of desiring the unachievable life and appearance that Victoria’s Angels symbolise. In the age of social, when such frustration can be expressed under 140 characters in a tweet, its impact on a brand’s reputation can be massive. Today, as a response, the “Angels” champion a completely different lifestyle. They have become role models for modern young women across the world. A quick glance through Karlie Kloss’ or Gigi Hadid’s Instagram accounts reveals these models working like professional athletes, being successful businesswomen and leading (seemingly) balanced lifestyles. These brand ambassadors speak of empowerment, health and achieving success through expressing their individuality.

Furthermore, Victoria’s Secret has taken a strong stance and voice against rape and the abuse of women. It is also becoming more receptive towards the diversity of its target market – of young women across the globe, of multiple races and unique physiques. It is increasingly appealing to its audience by openly talking about issues that matter to them. Thanks to these changes, the Victoria’s Secret brand has transitioned from aspirational to inspirational.

However, has it really changed the way it advertises its products? If we compare the 2000 and the 2016 commercials, we can see that the sexualised element of its campaigns is still very much present. We could argue that there is more imagery of models working out in order to promote the brand’s growing activewear range. Still, the bodies of the “Angels” have hardly changed and it will probably still be a long time until curvier models strut their stuff on the Victoria’s Secret runway. This seems ironic given its apparent embrace of diversity in the women they target.

So what can we learn from Victoria’s Secret’s story? The success of what seems a complex rebranding exercise can be largely attributed to simple changes of language and the way it articulates its message. While it is true that an image is worth ten thousand words on social, how your brand speaks ultimately shapes your audience’s perception of it. If you speak to your audience in a language that treats them as equals and allows space for conversations on issues that matter to them, you will stand a better chance of widening and maintaining your loyal customer base.