3D printing: a world of possibilities

The technology behind 3D printing has a huge range of applications, from enthusiasts printing small plastic objects at home to industrial engineering projects creating parts for aeroplanes. At KISS, we have dabbled in offering 3D printing as a service for clients to produce mock-ups of new products. 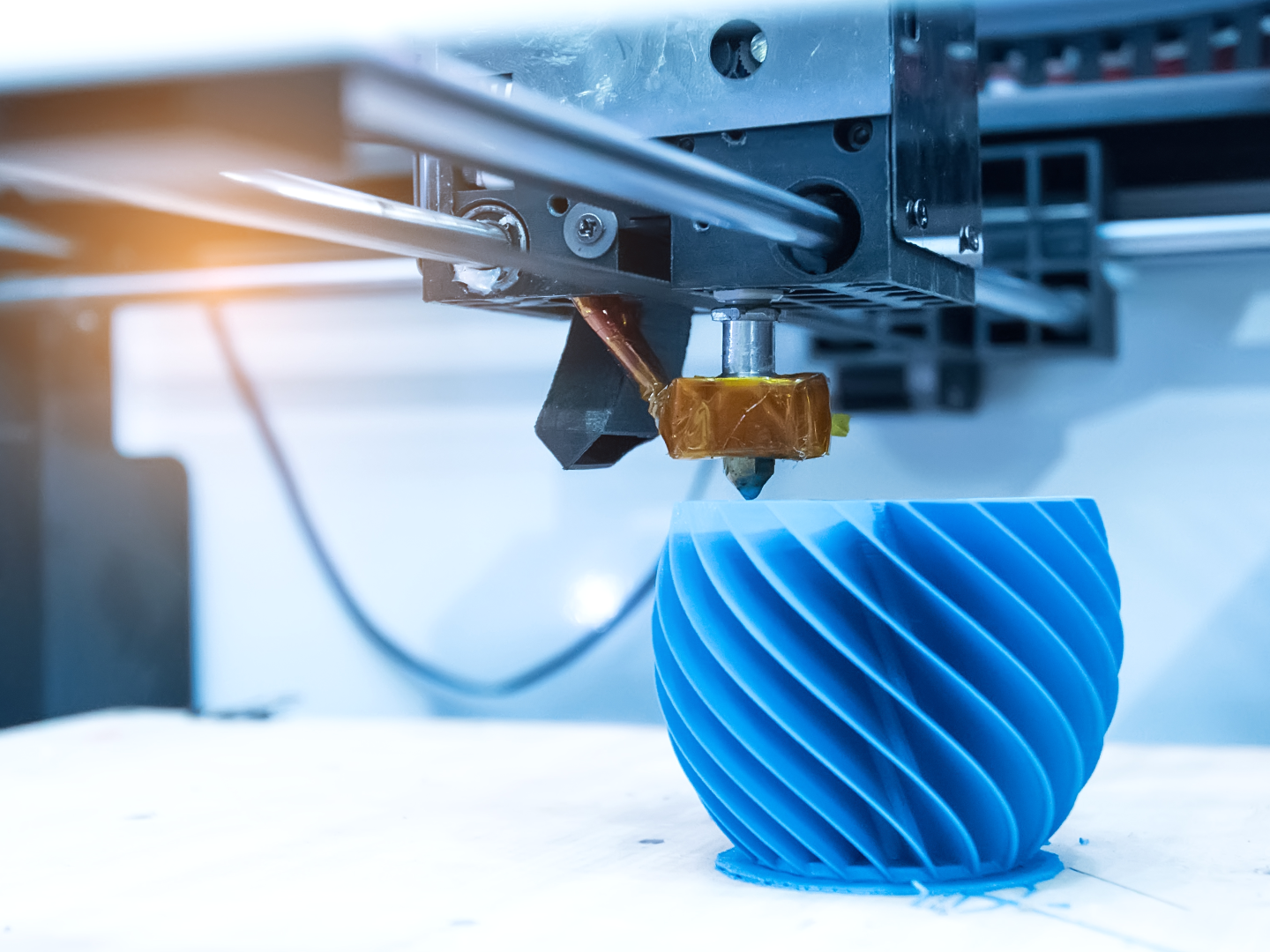 While 3D printing undertaken for clients is done in a professional setting, KISS web developer Liam Taylor does his own 3D printing at home as a hobby. He first developed an interest in 3D printing when he read an article about a 3D prosthetic for a bird with a damaged beak. Soon afterwards, he saw a 3D printer in a skip.

“I recognised it was quite an expensive printer, so I took it out of the skip and took it home with me,” he recalls. “I actually sold that one, because it was going to cost me quite a lot to get the repairs done, and bought a 3D printer with the proceeds.

“When I started 3D printing, I didn’t really know what I was doing. If you don’t calibrate the printer properly you just get a mush of plastic. So I watched tutorials on YouTube. There’s a large community of other enthusiasts who create resources to help new printers. There’s a forum for the software that my printer uses, so that was a good resource as well.”

Since then, Liam has used his 3D printer to make cookie cutters, motor pulleys, vases and a wall mount for a computer monitor. One of his creations can be seen in the KISS office in the form of a monitor mount to hang headphones on. He has even printed parts for the printer itself to improve the way it prints out, including an upgraded cooling duct, belt tensioners, cable chains and frame stiffeners.

Home enthusiasts don’t need to be 3D-modelling experts to get started, says Liam. You just need the 3D-modelling software and then a slicer program that takes a 3D model and generates the instructions for the printer to follow.

“The software can be really, really simple to use,” he explains. “There is one that comes as standard with Windows now. And if you really get into it, you can obviously get some much more complex software. There are even models available online that you can print – the majority of stuff I’ve printed I didn’t design myself. There’s no need if someone has already done it.”

# Getting started with 3D printing

The printers themselves start at quite an affordable level.

“Prices start at about £85 for a 3D printer. That’s a very basic printer and you need to know what you’re doing, because the ones that come in at that price all have some sort of flaw. The cheapest ones have also been known to catch fire. And then you need to buy the filament, which can be £20-40 a kilo. You get it in a single long extrusion. That’s called FDM [fused deposition modelling] printing.

“But that’s not the only method of 3D printing. You can also do SLA [stereolithography] printing, where you have resin that you shoot lasers into and that hardens it to build an object that way. SLA and FDM are consumer-level technology. You can get some pretty cool industrial ones – there are some now that can print titanium. I don’t want to think about how much they cost!”

If Liam’s interest continues, who knows what level of ambition his 3D printing could achieve? Welshman Stephen Davies has received a lot of press coverage for the artificial limbs he builds for children using a 3D printer in his garden shed. The limbs, which he doesn’t charge for, can be created using the colours and themes of each child’s choosing.

And a family in Nantes, France, is living in the world’s first 3D-printed house, using polyurethane hollow panels that are printed on site. The panels are then filled with cement and conventional windows, doors and the roof are added in situ. The housing authority behind the project says the printed panels could reduce construction costs by a quarter.

Holiday? What holiday? Refocusing on work after a spell in the sun