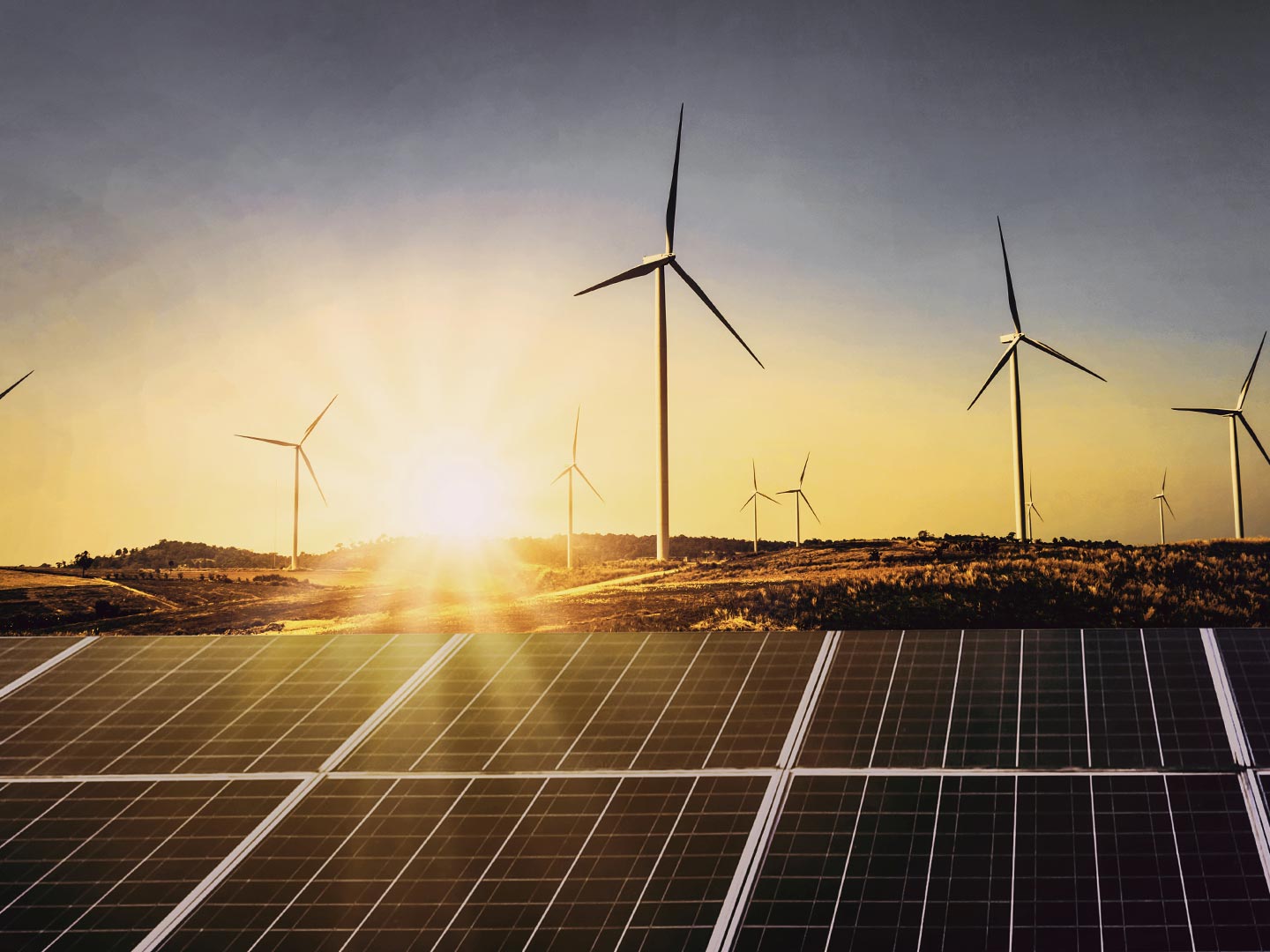 Are you an innovator or a disruptor? Or are you pissing in the wind? The simple fact is, with the world’s markets as they are today, you have to be one of these. Once a goal is defined, innovators improve the route that already exists, while disruptors have a clear goal, but get there in a new way.

You might think the sectors you serve are traditional, players and rules are established, and that novel ideas are great. But all you’ll see is incremental change. I certainly thought the energy sector was like this until a recent Clean Growth Innovation Summit revealed some real disruptors.

October’s Intergovernmental Panel on Climate Change (IPCC) had one simple message – we need to act now and act disruptively, because time is running out. Former UK Chief Scientific Advisor Sir David King had some blunt examples: the Arctic regions are heating up at two to three times the rate of the rest of the planet. He announced this on a January day in Houston, Texas, where it was -15 degrees C outside, but the Arctic temperature was about 0 degrees C. The Mekong Delta – the world’s biggest rice paddy – has recently been flooded by seawater for the first time, threatening a massive rice crop.

Apart from being alarmed as a citizen of the planet, I think there may be lessons in this for those of us trying to innovate, or ask our customers to take on our new idea in any sector.

As one audience member memorably put it: our current efforts to reform how we make, think about and use energy are “pissing in the wind, because they won’t address the huge challenge we have in climate change” and needing to be carbon-neutral by 2050. The clean energy sector may be the fastest-growing sector of the UK economy – renewable energy production has risen from 19 to near 50 per cent production since 2010 – but everyone in the room agreed further serious market disruption is needed, and we saw some.

How it used to be

As a quick reminder, traditional energy models are “big to small” – drill a high-cost gas well or build a big power plant, then send the energy to businesses and homes. Power output is constant, and as demand fluctuates over the day, the system is “balanced” by things like large-scale gas storage and by the National Grid. This is a one-way and capital-intensive system, but it has worked well for the patient investor who’s OK with a 20 to 30-year return. A large wind farm is similar in a way, but, of course, its power output is determined largely by the strength of the wind.

Scottish Power is one of the “big six” traditional players… but wait! In October it ran ads across the UK to announce that it had closed, or sold, all its coal and gas-fired power plants and that “very soon” all its electricity will be generated from renewable sources. This is big – a major strategic shift into weather-powered sources of energy and smart grids, one that not long ago would have been vetoed as “too risky” by pension fund managers and their fellow major shareholders, who are traditionally conservative and very risk-averse.

A traditional large player’s strategy would be to hedge: invest in wind but hold on to their polluting-but-reliable gas-fired power plants as a backup for those cold, windless winter evenings when wind and solar don’t help and demand is very high. My guess is, Scottish Power saw some huge risks to its core business model coming down the line (ageing plant requiring upgrades, higher taxes and shareholders falling out of love with fossil fuels despite historically high returns) and it saw the opportunity to reposition as renewable-only. It helps that Scotland has great potential to produce even more wind power and soon tidal too. But still, this is a great first-mover advantage for them at least versus traditional competitors.

Professor Xiongwei Liu from Entrust Microgrid proposed that “in 15 years, no new building will be connected to the national grid”. His idea is simple, but disrupts a core assumption in the big players’ plans. Rather than connect to mains power, his company plans to run small groups of homes and stand-alone commercial buildings completely on hybrid AC/DC power provided by ever-more-efficient solar electricity and heat storage, stored on site in tanks and batteries.

A huge amount of equipment in offices today actually converts AC down to low-voltage DC already – like laptops, device-charging and some lighting. He is already in talks with key players to sort out some of the last traditionally AC-powered areas such as heating, ventilation and air conditioning (HVAC). The system also has potential to export renewable energy to other users.

Heat is often a problem area, with a massive 50 per cent of the UK’s gas each day going to heat water for washing and radiators. But 40 per cent of the UK population lives near or above an abandoned mine, so a Durham University spin-off is looking at using the permanently warmer earth temperatures deep down as a key source for piped community heat schemes to nearby buildings and homes.

Tempus Energy CEO Sara Bell plans to use new blockchain-based technology to allow small businesses and homes to do what large commercial users do already: quickly lower demand on the grid around times of peak consumption using smart devices – at times minute to minute. This will save consumers money and earn income from the UK National Grid’s £1 billion-plus “grid balancing” spend.

At the moment she’s having to take on not only the big energy players but also the regulators, whose conservative culture means she has so far had a four-year court wrangle that may finally be resolved next month in the Supreme Court.

Juliet Davenport of Good Energy reminded us that about seven per cent of wind power is “constrained out” of the current system when it’s windy (by putting the brakes on the turbines). But this excess could be used at small scale within a turbine to manufacture hydrogen when it’s windy, to be stored and used for heat or transport later.

Just as importantly, we’re also seeing a shift in mentality from mainstream, traditionally conservative investors who are more and more happy to move away from fossil fuels to renewables.

Frankly, having taken an interest in the sector for a while, there’s always been a few crazy ideas floating around – from storing energy using trains to giant flywheels – but this time it’s clear that there’s some real disruption afoot and it’s attracting some major investor funding. So it seems that even in conservative areas like mainstream energy, disruptive plays are happening, and investors seem happy with it.

Are there lessons here for your business? If you want some help then let’s talk.