I recently attended a talk by the brilliant Rory Sutherland, Vice Chairman of global marketing agency Ogilvy. He discussed his first book “Alchemy: The Surprising Power of Ideas That Don’t Make Sense’, which blends cutting-edge behavioural science and a touch of branding magic. 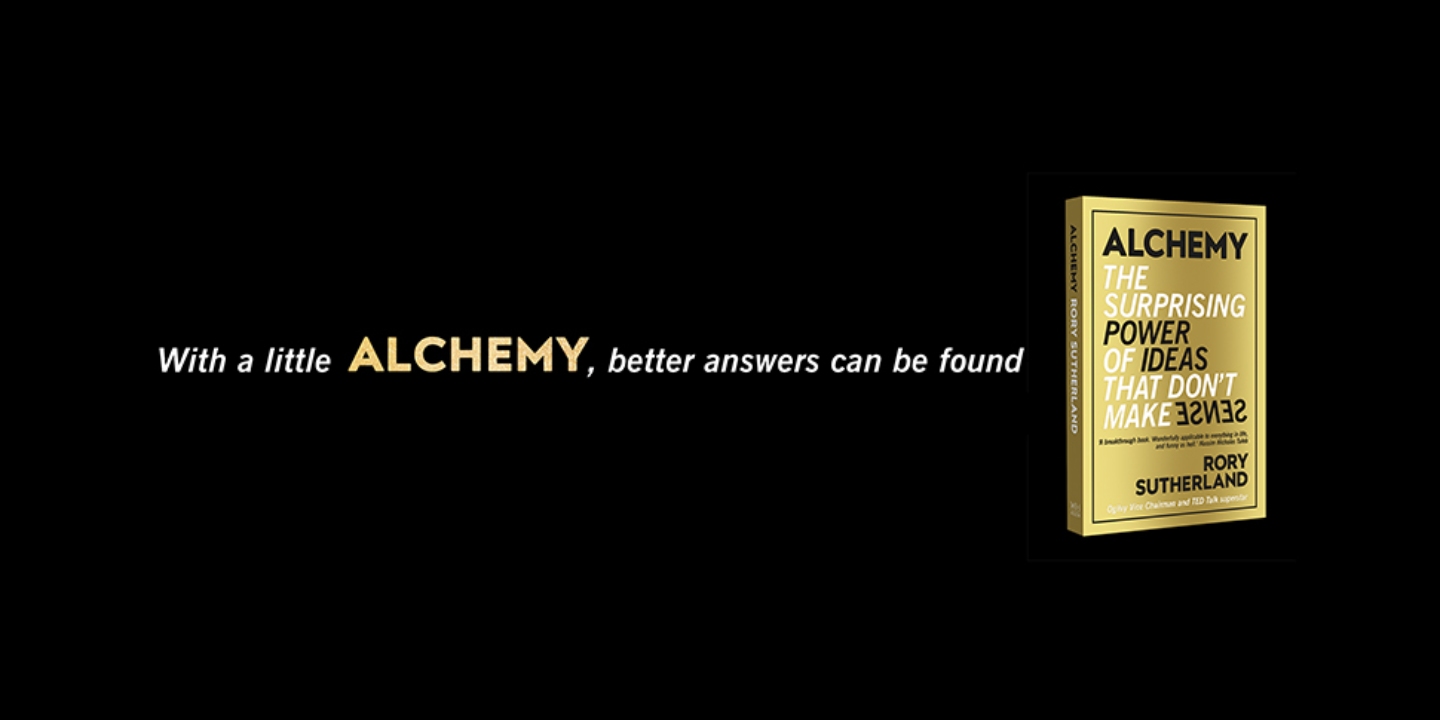 I recently attended a talk by the brilliant Rory Sutherland, Vice Chairman of global marketing agency Ogilvy. He discussed his first book “Alchemy: The Surprising Power of Ideas That Don’t Make Sense’, which blends cutting-edge behavioural science and a touch of branding magic.

I’ve always been fascinated by behavioural economics and decision science and so it was fantastic to hear this legend of the industry share his deep knowledge and witty insights. The talk specifically highlighted how tiny psychological changes can lead to a great effect on how you react – usually referred to as ‘nudge theory’. This is the idea that positive reinforcement and indirect suggestions better influence behaviour than do laws and edicts. I think my key take away from the evening is that, in general, people aren’t rational! Human beings are a product of evolution, and therefore decisions where the definition of success involves some element of human perception shouldn’t be based on the rational.

Rory ensured the insights he shared were completely applicable to everything in modern life, from why Red Bull is so popular – even though many hate the taste – to why countdown boards on platforms take away the pain of train delays. He discussed how behavioural science explains why patients in an accident and emergency ward prefer to go into a new waiting room after seeing the triage nurse, rather than return to the waiting room they initially entered. He believes that they like the feeling of moving along a process.

He also explained how contextual factors in various situations, something economists’ models don’t adequately factor in, can have a large effect on how we perceive a situation/product. He showed a brilliant video, which you can see here, which demonstrated how no-one is willing to pay $2 for a private audience with Ed Sheeran in Melbourne simply because tickets to his concerts typically sell for hundreds of dollars and people would queue for hours to buy. So, the notion that you would actually be able to see him for $2 seems absurd to nearly everyone.

Of course, Sutherland’s talk wouldn’t have been complete without a recap of his TED talk in 2009 where he argued that rather than spend £6bn making the Eurostar faster in order to compete with air travel, what should instead have been addressed were all the other dimensions where air travel cannot compete such as adding wi-fi, or getting the world’s top supermodels to walk up and down the aisles handing out free Château Pétrus! He used this and applied it to a more recent example - HS2, the UK government project to build a high-speed railway running from the north to the south of England. He established that £60bn is a waste of money because passengers don’t necessarily mind how long they spend on a train – their productivity doesn’t collapse to zero when they board. It’s the waiting around and capacity issues that really matter. He explained that this could be resolved with app-based solutions, e.g. getting a notification that allows you to board an earlier train for a small fee if you’re already waiting around at the station.

The evening, like many events at the moment, couldn’t escape the Brexit conversation and a question from the audience prompted Rory to explain how his idea – ‘Don’t leave-it’s what the French want us to do’ – could have swayed the Brexit vote: the opposite of the touchstone phrase ‘Take back control’! To me this is probably the best highlight of the work he does in the area of behavioural economics.

All in all, the evening was thoroughly enjoyable, and Sutherland concluded with the notion that what he and his team do at Ogilvy is the ‘science of knowing what economists are wrong about’. And after hearing him talk I totally agree – I think Alchemy will be a great purchase for any planner/strategist like myself - after all trying to think differently is what we do for a living!