At KISS we believe in the value and importance of sharing our knowledge with people looking to visit us for work experience. In this article, 15-year-old James, who spent a few days on a work experience placement at KISS, discusses the use of mobile phones in schools. 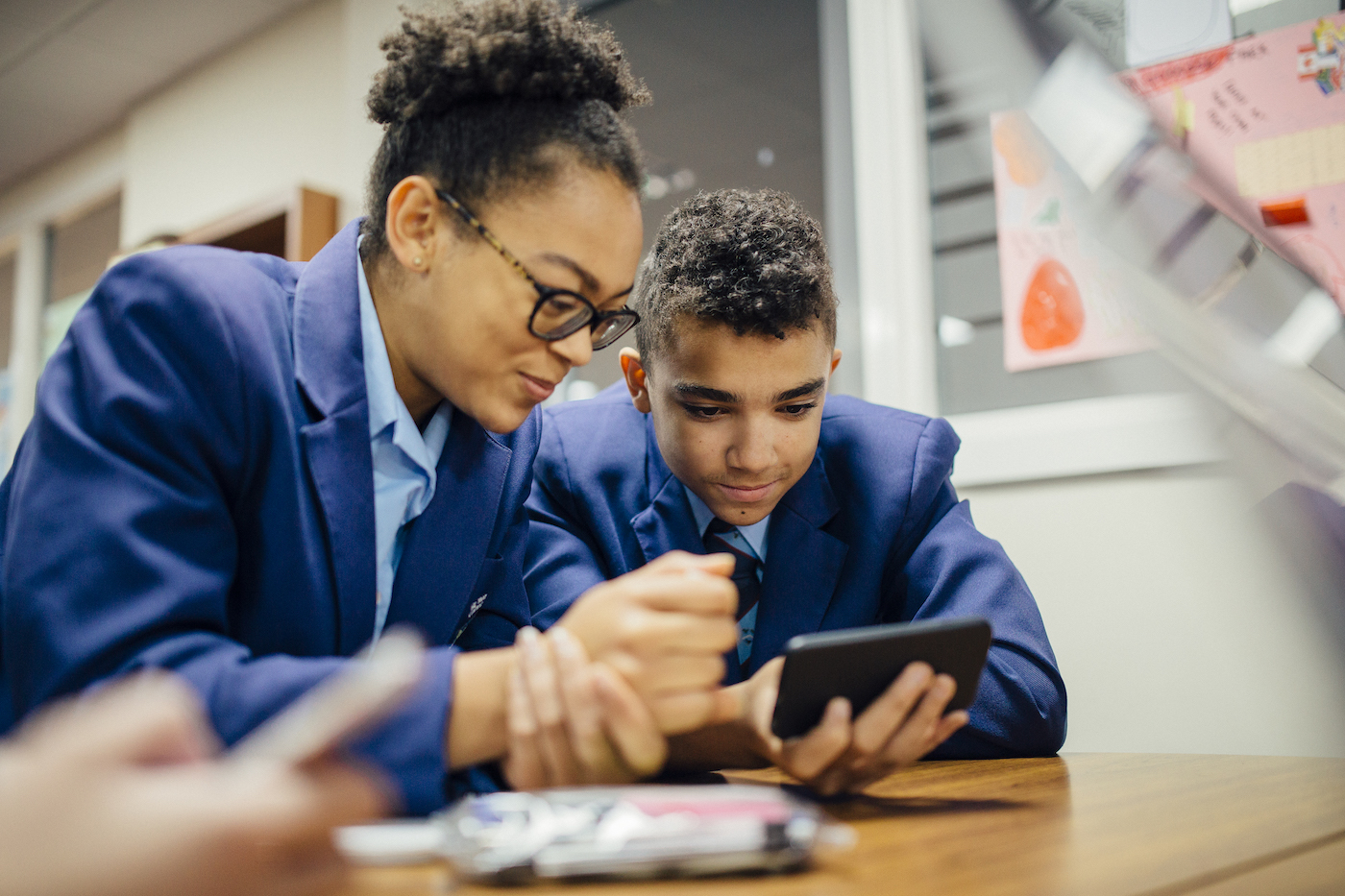 At KISS we believe in the value and importance of sharing our knowledge with people looking to visit us for work experience. In this article, 15-year-old James, who spent a few days on a work experience placement at KISS, discusses the use of mobile phones in schools.

Most teenagers in the UK now have a mobile phone – the closer they are to finishing secondary school, the more likely they are to have one. With smartphones becoming more sophisticated, schools are starting to become more tuned-in to how these devices can be used for learning.

Some schools now allow phones to be used for research in lessons. In my experience, this can be a very useful classroom resource. Something as simple as looking up a definition for English or researching facts about a country for a geography project can add a new dimension to a lesson. It also allows students to find aspects they can identify with in a topic or subject, which otherwise may have only been unlocked by the teacher’s passion for their subject.

Forward-looking schools realise the opportunities phones create for education. A huge collection of educational apps flood app stores, many of which are really useful. Perhaps the most useful thing phones have access to for educational purposes is the internet – this can bring an almost unlimited catalog of textbooks to the palm of your hands. If used correctly, this can accelerate learning to another level for students.

But most young people do not get a mobile phone in order to do research for school projects. They are, of course, primarily used by this age group to access social media, message friends and – naturally – to call their parents when they need a lift home.

It is this social aspect that schools fear most, which has led some schools to ban the use of phones during the school day altogether. Other schools restrict phones to breaktimes, with only tablets and computers used in lessons. But letting students use their phones during breaks helps them learn to self-regulate their screen time, a skill that will be needed in future.

Amanda Spielman, Ofsted’s Chief Inspector, spoke at Berkshire’s Wellington Festival of Education in June, where she expressed her disapproval of phones in school. “There’s no doubt that technology has made the challenge of low-level disruption even worse,” she said. “I’m not the target audience, but nevertheless I am yet to be convinced of the educational benefits of all day access to Snapchat and the like; and the place of mobile phones in the classroom seems to me dubious at best.”

Most schools control the use of phones during the day, so a government ban – such as the one now in place in France – seems extreme. Even though some schools have reported a decline in bullying with no phones in school, bans overlook the benefits that controlled phone use can bring.

It’s not just Amanda Spielman who is unsure about them, there is a general stigma around the use of phones in schools. But in my school, teachers use them in class now and again to good effect. Computers and tablets are generally seen as being more educational and productive in the classroom. However, I remember trying to use a laptop for class research, only to find the previous user hadn’t plugged it back in and so it was out of charge!

On the other hand, phones tend to be quicker to grab for a quick bit of research and are sometimes easier to use. Students are usually more used to how their personal phones work, so introducing another computer with software a student isn’t familiar with can create other complications.

At the extreme end of mobile phone use, we are seeing young people suffering from smartphone addiction, which is becoming more common. Companies such as Apple are introducing new features in an attempt to lower addiction. These include Screen Time, which lets parents see what their children have been using their devices for and set limits accordingly. These sorts of tools should help parents, and schools, feel that smartphones need not be ‘the enemy’.

I think that phones can be a distraction, sometimes unnecessarily – we get notified of every small message or piece of news throughout the day. But, when managed correctly, phones can let students access lots of new information in the classroom, especially in situations where it isn’t worth setting up tablets or laptops. Once that balance has been found, phones can be great in the classroom.

Print vs digital: print textbooks hold their own in the digital world