The curse of the browser

Adam Andrews, Head of Digital talks us through the evolution of the web browser. 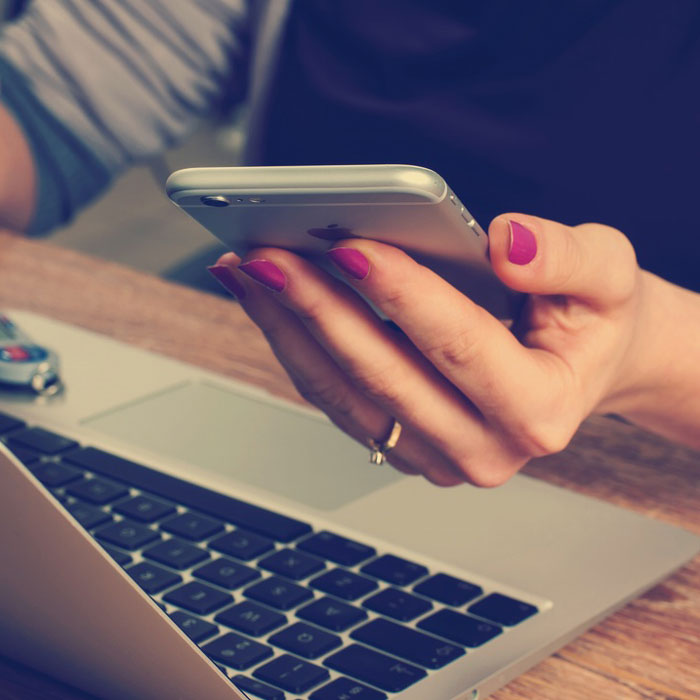 Wouldn’t it be lovely if we could easily guarantee the same experience for all? To know we were designing and building for an audience whose environments were always consistent. One operating system, one browser, one screen size… simplicity itself. Budgets would be easier to control and guarantees would be easier to make. However, the reality is that digital has so many facets that achieving a consistent experience for all users is a lot more complicated than many would believe.

Before there was a need to target the array of devices that are now available, each requiring a different considered focus to optimise the user’s experience, the days of developing fixed-width pixel websites had their own challenges. The ‘browser wars’ of the early to mid ‘90s led to Netscape and Microsoft releasing features the other did not have. This meant consistency was unattainable, often leading to frustrated web developers adding disclaimers to websites stating on which browser websites were best viewed. As monitors grew in size, the optimum resolution often became an added desired requirement for viewing websites, and this was all at a time when functionality was a lot more basic. The introduction of web standards started to address this unfair imbalance, with the death or takeover of some browsers and the emergence of new ones. The industry rightly moved towards a common ground. This meant that everything became plain sailing for web designers and developers, right? Well no, it didn’t always feel like it.

Hours could be lost in trying to understand why everything looked great in Mozilla Firefox, Opera and Safari, but what’s up with the text alignment in Internet Explorer 6? If you ask any developer which browser they wouldn’t want to support then IE is always top of the list. That’s right: the browser of the everyday user for so many years, pre-installed with the world’s most popular operating system, was a nightmare to support. It was impossible to ignore the problem child in the browser family.

Whilst IE7 was a vast improvement (though far from perfect), the increasing number of releases from all the main players meant that testing of both form and functionality needed to be more comprehensive. It was entirely possible that form submission, or drop-down navigation, might still behave inconsistently across different versions of the same browser.

So why don’t we disregard older browsers? As an agency we do to a degree. With the progression of technology it would be impossible to get a lot of modern day web functionality to work if we date back too far. That said, we have to be sympathetic to the overheads for an IT team supporting a large corporation keeping everything up to date. This especially relates to those involved in the public sector, in particular healthcare and education - their systems are always likely to be a few years behind. We have to know the audiences, their environments, and if necessary we have to ‘gracefully degrade’ their experience - i.e. look to achieve the same thing but in a more basic way. As you might imagine, our overheads in ensuring this have multiplied over the years and with the introduction of ‘responsive design and build’ this has only become more complex.

I can’t give a percentage value in the increase in testing time required these days but it is substantial. There is software that can help automated testing of functionality but a pair of eyes is needed to confirm if objects are aligning correctly. Again, software exists to aid this by rendering the same screen, as it is likely to be seen across environments you specify, but nothing is bullet proof. Each main device has a major new release once or twice every year. Therefore keeping on top of everything that is still regarded as commonplace is one of the most demanding aspects of working in our industry.

Building to standards is the first thing development teams should focus on. This can of course cause challenging moments with creative teams, but as time goes on there is a hope that all major browsers will render code in a standardised manner. This will open up more possibilities as agencies continue in their quest to push boundaries to heighten experiences. But until we’re at that point, and with the added loss of support for legacy browsers, when a problem is reported the conversation will continue to be ‘What’s the browser? Yeah? I need the version too. Oh, and the device/OS as well please.’

UPDATE: On the 12th January 2016 Microsoft discontinued and stopped supporting Internet Explorer 8, 9 and 10. It's new default browser, Edge, was launched (along with Windows 10) and is now the sole browser they fully support. Our view is that this is a positive step. The browser is much better in terms of CSS standards but still doesn't support some modern features that other browsers have - like blend modes. However it is acknowledgement by Microsoft that Internet Explorer is too archaic for today's technology.

Adam Andrews promoted to Head of Digital at KISS