We have a lot to learn about being creative

Young creatives have a lot to learn from the older generation, but it’s a two-way street. 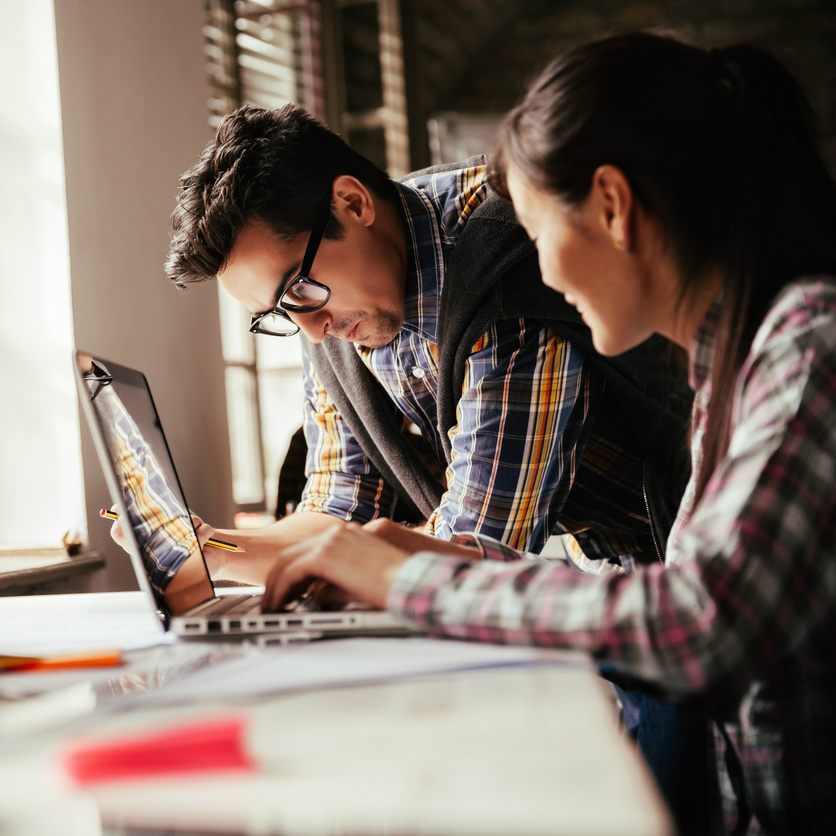 I recently read Gerry Farrell’s article about young creatives learning from the older generation in the world of advertising, and I have to admit, although I agree with some of Gerry’s points, I found it quite heavy going.

I have been working in advertising and marketing since 2011, getting a job in London straight out of university having studied Economics. So, I’m still very much a spring chicken and have a lot of experience to gain in the industry. I have worked in different types of agencies, from a large multinational production house to a B2B-specialist start-up with just a handful of staff. I’ve also been fortunate enough to work with other agencies on campaigns, including media, ATL, PR and experiential agencies. There’s no doubt that I am incredibly grateful for the experience I’ve gained and what I’ve learned, but I haven’t been handed these opportunities on a plate and it was far from luck which got me them.

Some of Gerry’s points did resonate with me, even though I’m an account handler and not a creative. The old advertising giants of the past are names that I know – and yes, I have seen the Smash Martians ad, obviously – and I think that people (of all ages) who have a genuine interest in advertising do read up on it and take inspiration.

The way we work in agencies today is completely different to how we did 20, 10, or even 5 years ago. I also still believe that there’s nothing quite like seeing a creative working with a black Sharpie and piece of paper, and thankfully this has been the case at all of the agencies I’ve worked at. Sometimes it helps to sell in ideas by creating visuals using Macs, as not everyone is ‘visual’ and so benefit from these visual aids – and it also sometimes helps us move the creative process along quickly if we’ve got a tight deadline to meet.

But it’s not just young creatives who are guilty of sitting behind Macs, and this is where I think Gerry misses a point. There are creatives of all ages who do this. It’s about the office environment and facilitating the opportunity for creatives to take the time (and space) to think through ideas. Placing the blame on the ‘younger generation’ is the easy way out of a larger issue I’m afraid.

It's up to creatives to get off their seats and find a space where they can bounce ideas off each other and draw things up and play with copy lines to an idea to work and evolve – an Art Director and Copywriter working together. Often the teams take over a room or grab a coffee to chat through ideas, which works well in a frantic office environment.

The main point I think Gerry is missing is that actually, whilst the digital age has meant a big shift in the way we work, it actually means that people are now never offline. People check their emails as they're going to sleep, as they're waking up and everything in between – guilty as charged.

My dad runs his own design agency as MD / Creative Director and so from a young age I’ve seen first-hand the hard work that goes into running an agency, and being a creative in one. His agency rode the wave of the digital revolution and are now creating technically innovative work for their clients. Had they not done this – and had my dad not done an MA in Electronic Graphics for Digital Media at the age of 40 – they may have not survived the 30 years that they have.

The agencies who will not only survive, but who will thrive in the digital age are the ones who don’t just do the banner ad brief which the media agency has given them, just because “it’s the most cost effective way of hitting the client’s objectives”. You have to pick your battles to help your clients hit their KPIs, but sometimes you can push the boundaries by creating beautifully crafted award-winning creative work, using a new piece of technology or innovation.

If those in the younger generation – who Gerry unfairly tarnishes with the same brush – don’t work out the best way to find great creativity in an industry that now relies so heavily on digital, then they won’t survive for long. However, I like to think that the team I work with aren’t in this minority and that we’re constantly evolving to meet the needs of our clients and create great work.

This isn’t the 80s anymore. Our creatives can't afford to sit around smoking cigarettes in the office for days on end thinking about an idea. Our clients are able to reach us via email if they want an update on how we’re getting on with coming up with that ‘big idea’. We must move with the times and evolve, whilst still trying to push the boundaries and create amazing work in the process – it’s the agencies who change who are the agencies that will ultimately create the award-winning work and continue to thrive.

There’s no doubt that I’ve still got a tonne to learn and although I’ve been able to cut my teeth on digital media, I’m still far from knowing everything. Digital evolves too quickly for anyone to comprehend.

We should embrace the changes that digital brings and work out the best way of working with it, not against it. Because let’s face it, it’s not going anywhere – sorry Gerry.

Is the logo dead?