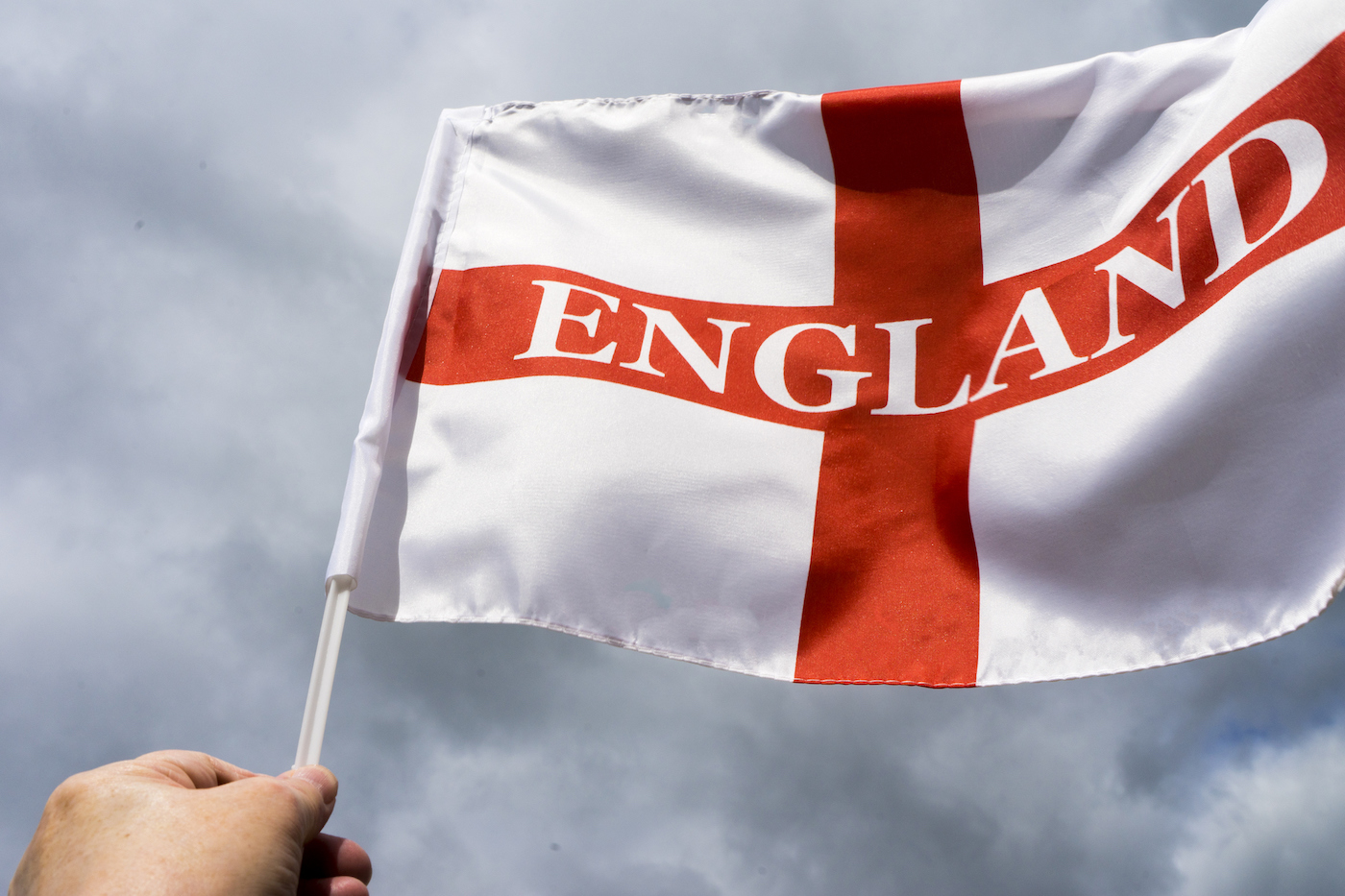 Living overseas for nearly 20 years I always felt a strong sense of ‘coming home’ whenever I heard these words, despite often fearsome jetlag. Living here since 2010 I see more closely the ambivalent relationship we have with being British – and especially with Englishness and St George’s flag. Americans and Dutch people – two cultures I’ve experienced a piece of – are very happy to fly flags on their houses routinely (and the Netherlands turns orange if its football team is in a big game, especially against the Germans!) whereas Kiwis and Brits do it much less.

National pride also seems to be fading: a recent YouGov survey found 72 per cent of over-65s are “proud to be English”, but less than half (45 per cent) of 18-24s say the same and about ten per cent of the younger group are “embarrassed to identify as English”.

So why did 24 million people – quite a few that apparently “never” watch football – tune in to last Tuesday’s match between England and Colombia, and why do even more of us plan to watch tonight’s semi-final showdown against Croatia? For a percentage of us it’s not really about football or even patriotism exactly – it’s about a need to belong, a need to feel part of a community.

Emotions and what we call “need states” are a powerful way to engage an audience. A Field and Pringle analysis of 880 case studies showed that “emotional campaigns are almost twice as likely to generate profit gains than rational ones” and the football seems to be a case in point, with researchers CRR claiming “every goal scored by an England footballer – right the way to the final – would be worth £165.3m to England's retailers and an extra £33.2m to pubs, hotels and restaurants”.

Need states are more loosely defined than emotions, but we know one when we feel it. We can even feel for an elderly IKEA lamp That suddenly finds it doesn't belong any more.

Our home isn’t about the lamps or the nice taps: at its core, our home seems to be about a need for security, a place to regroup, be with family and recharge. P&G brilliantly connected with our need to support our children back in 2012. Around our late teens more of us start to consciously appreciate what’s termed ‘vitality’ – that post-exercise high, the sense of living fully in the moment as we swim in that river, ride motorbikes in our 80s or stand on that mountain top.

Great advertising taps into those deep emotions and need states in us all.

So as the Twittersphere redefines the role of a football coach by discussing what #GarethSouthgateWould and the Pride London team respond to their Saturday Pride march clashing with the game by tweeting #ItsComingHomo, football is stirring some strong emotions everywhere. So, tonight I’ll be cheering for England and that spirit of community it’s bringing in these times of confusion – let’s hope "It’s coming home"!