A goalkeeper in virtually any sport will tell you that their efforts are often unappreciated. While the goal scorers get all the glory, the best saves often seem to be quickly forgotten. Only saved penalties will last in people’s memories – but, so, unfortunately, will many of the ones that went in. 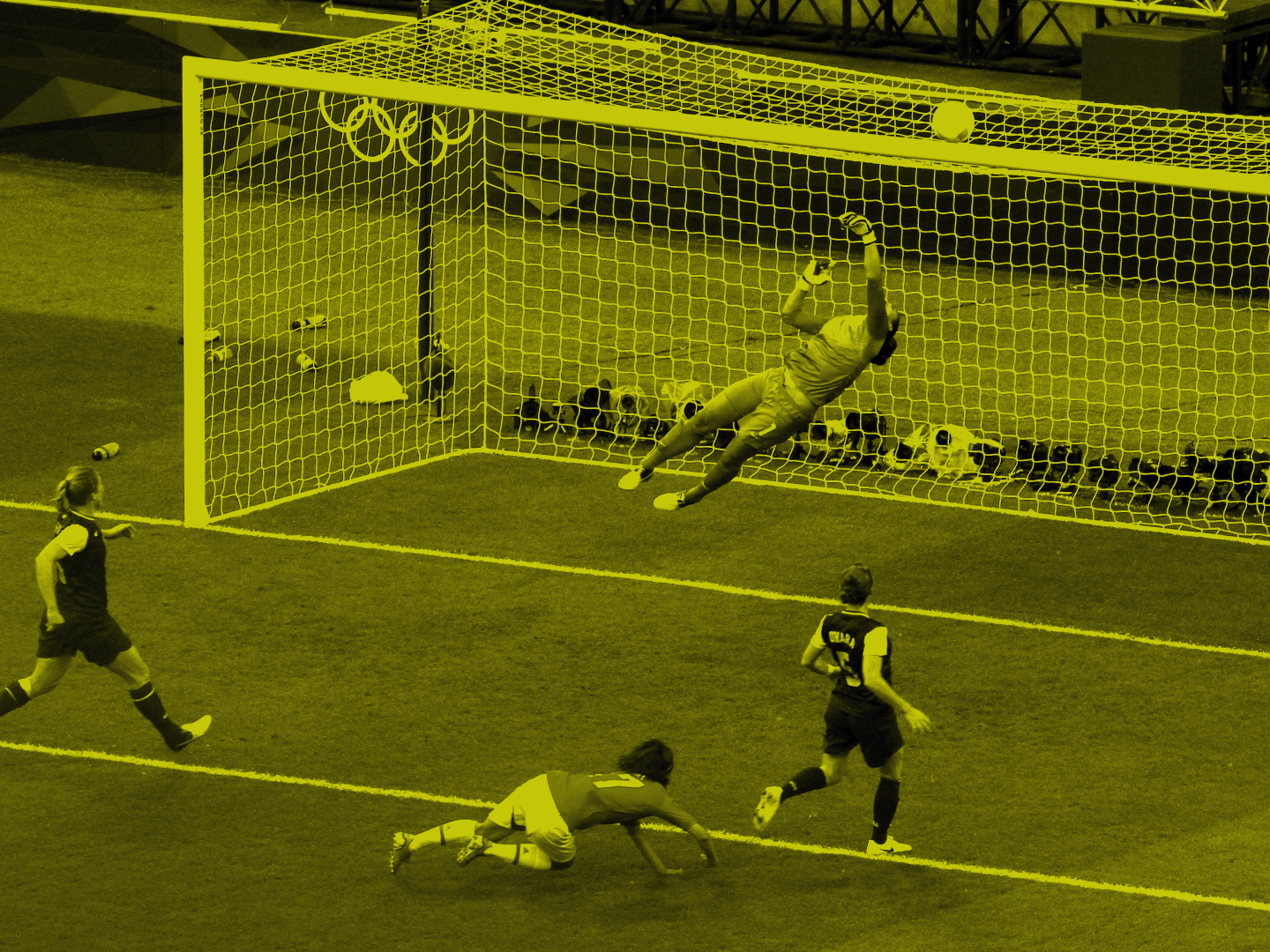 Hope Solo, the outspoken former goalkeeper of the USA women’s football team, spoke for a lot of goalkeepers when asked about the challenges of goalkeeping in an interview with the Canadian network City TV. Her insight was simple: “You can’t win the game, but you can save the game. It takes a particular mindset and it takes patience, because you can’t go out there and win the game, you need to wait for the game to come to you.”

In August, a father’s video of his son’s goalkeeping debut went viral when some famous goalies tweeted encouraging words to the disappointed nine-year-old. Poor Harrison Ogle’s under-11s team had lost 11-0, so his dad had uploaded some clips to Twitter to remind his son of the terrific saves that were in among the misses.

Anyone who has done proofreading may recognise the similarities here. All the mistakes you correct go largely unlauded – but miss one and everyone remembers it. Where goalkeepers are the unsung heroes of the sportsfield, proofreaders are the unsung heroes of the books, magazines, blogs, you name it – there’s a lot of content out there these days. But without the efforts of a proofreader there will often be a lot of cringeworthy errors that make otherwise good writing hard to get through.

When we read an error-free blog, book or newspaper, we never think: “Wow, fantastic proofreading!” But if we read something that’s full of errors, we find ourselves wondering about the quality-control process and whether there was a proofreader (or sub-editor or copy-editor) involved at all. There’s no Pulitzer prize for proofreading, but we certainly notice when a proofreader has been having a bad day.

At KISS, we have a well-organised quality-control system for all of the content we produce, both for our own website and for clients. Any good agency, publisher or content producer will have a similar system.

England goalie Jordan Pickford became everyone’s favourite person when he saved a penalty in the penalty shootouts against Colombia in the World Cup, helping to keep England in the tournament. So what’s the proofreading equivalent of saving a penalty? It has to be spotting a mistake on a front cover, or in the header of a blog. For online material this will, of course, come up time and again in any online search.

I once worked for a small publisher in London. When I first started there, there were boxes and boxes of one particular book piled up at the back of the office – not in a warehouse or mailing house, where stock would normally be. A quick look at the cover revealed why. It was titled The Science and Techology of Food and it was sitting in the office while a decision was made on the cheapest way to correct the error without reprinting.

Counter-intuitive though it may sound, covers of books and magazines don’t always go through the same quality-control process as the rest of the publication. And this can go for digital material too. Covers are often done at a very late stage, sometimes after the – often freelance – proofreader has left the scene. Covers may, therefore, sometimes be signed off by managers who aren’t from a strictly editorial background, but not go through the copy-editors/sub-editors/proofreaders that the other pages have. Big mistake.

Having done a fair bit of proofreading myself, for various publishers and in a variety of different mediums, I can think of plenty of fundamental errors I spotted that had made it through to a surprisingly late stage of the publishing process. And I can also think of a few heart-stopping moments where I almost missed something until the last minute when I was giving material one last look before passing it on.

One of my funnier ‘catches’ was in a magazine produced by a charity that looks after the welfare of sailors. The article I was proofreading was about helping sailors get home if they were taken ill while abroad. But instead of talking about ‘repatriating’ sailors the article’s author kept talking about ‘extraditing’ them!

And a ‘miss’ that I’ll never forget? I was the editor of a magazine that once went to press with the mobile phone number of a sitting MP unintentionally printed on the front cover. A bit of an unusual error that one, and not something you’re generally looking for. The mobile number, along with the MP’s name, could be seen on a notepad on a desk, at which a smiling interview subject sat.

The moral of that story? Don’t forget to proofread the pictures too.