Lessons from a humble bike shop

I’m lucky to live in a cycling city, with one of the country’s highest bike-shop counts per head. The independents often barely squeak by, and all bike retailers are impacted by online competition. A traditional industry that’s older than the car trade (brands like Peugeot made bikes before cars), it appears few bike shops have adapted profitably to hybrid models. And yet a few are doing OK, even thriving – and their unconventional thinking may have timeless lessons for all of us including in B2B. 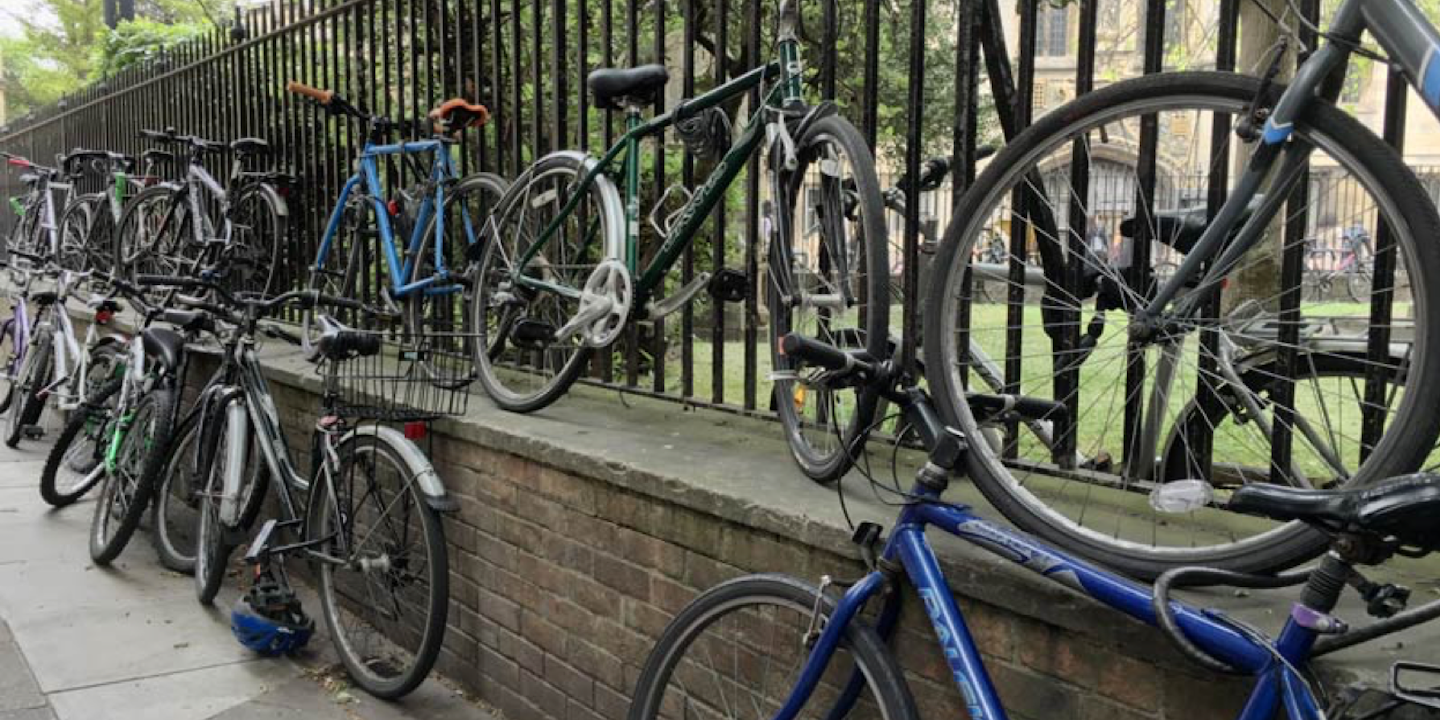 I’m lucky to live in a cycling city, with one of the country’s highest bike-shop counts per head. The independents often barely squeak by, and all bike retailers are impacted by online competition. A traditional industry that’s older than the car trade (brands like Peugeot made bikes before cars), it appears few bike shops have adapted profitably to hybrid models. And yet a few are doing OK, even thriving – and their unconventional thinking may have timeless lessons for all of us including in B2B.

The owner of my favourite bike shop – let’s call him Frank – recently sold me some parts (again) at an amazing price and suggested where I could get others at knockdown prices. It’s the only shop I’ve ever been in where customers like me ask him to please raise his prices, because we all want him to stay in business. He sold us a bike recently – a high-end Dutch import – completely chosen to my spec and personally brought across by him. He told me I could try it for 48 hours on arrival and I didn’t have to buy it. After nearly 30 years selling from humble premises he’s doing okay – he owns his building, has a retirement plan and continues to trade confidently in his own way. He has recently watched Evans Cycles open a sparkling new-build store nearby, lose staff and money, and be bought along with the rest of the chain by Mike Ashley of Sports Direct, who declared that 50% of the stores needed to close. So why the difference?

Focus on knowing your customers

When you’re talking to Frank he seems to listen intently and have time to chat, despite you perhaps spending a couple of pounds on a cable and him usually being alone in the store with a pile of bikes that need assembling or repairing. His humility, his desire to help and legendary memory make you feel like you’re his only customer. I’ve never seen him write anything down, but he always remembers every interaction. He stocks his shop with an eclectic mix of new, high-end second hand and quirky Dutch items like tandems. It feels to me like he buys bikes already knowing exactly the people who’ll end up buying them. He loans out bikes, tools and bags, and I have seen him listen carefully to a rather academic-looking gent and go out to carefully do a quick ‘free fix’ on his ancient bike that was more rust than bike.

These attitudes and interactions – some tiny, some larger – power a fiercely loyal customer base who accept having to queue for service in a gloomy shop. We doubtless spend thousands in the long term, and recommend him very strongly – in fact most of us think you’re mad to shop anywhere else. We ask him to please charge us more, and suggest he takes a few days longer to do ‘that repair’ if he’s too busy. We defer buying on the rare occasions Frank has to shut the shop.

Frank’s anti-sell selling is legendary: unlike most bike shops he doesn’t charge a large margin on parts and accessories. He’s always telling customers about cheaper alternatives, not pushing to close a sale; suggesting you try that new bike first and swap bikes if you wish in a way that’s authentic for him and makes you want to insist on buying (and most likely buy more). He could employ a mechanic, and perhaps make good money on repairs, but he tried that and now his strategy is to only service bikes he sells and not overcharge.

As a former retail manager myself I also know that his ‘puppy dog close’ works. Just like the car brands that have only recently started offering 48-hour test drives, letting your customers try the product at home for a couple of days makes it very likely they will buy (and not haggle over price) and neither Frank nor I ever had issues with expensive loan stock disappearing (even though his is new bikes and mine was high end hi-fi kit).

It’s not all rosy. Frank may have struggled at times with a business that totally depends on him. He also keeps it lean – not only is he usually the only member of staff, he re-uses old parts (he taught me how old cable ties can be re-used!). He’s had the odd setback too: he was one of the first in town to sell Giant bikes in 1995 when they were less well known. However, 23 years on, having opened a flagship store at the other end of town Giant withdrew from his store in 2018 at a week’s notice for ‘marketing reasons’. Okay, his shop always looks like one that closed suddenly a year ago, leaving all the stock blocking the aisle and teetering precariously on buried shelves: but he has sold thousands of Giant’s bikes (often four or five to one family) and pays all his bills on time.

Frank’s realised that his customers don’t care what the shop looks like as long as they get what they came for – a great on-target product, thoughtfully delivered, with fantastic ongoing customer support. A salesperson who is authentic, doesn’t sweat the small stuff – indeed surprises and delights on small items – and focuses on lifetime value.

As part of your fiercely loyal fan army I salute you Frank. I wouldn’t copy everything about the way you run the business but I still think there are lessons here for us all.

Don't fail at the final hurdle - why hashtags matter